Italy becomes a real bike country. Many new bike paths in the cities and cycling routs connecting different cities. We had many tourists on our bike tours in Milan, who made a m ...

We had many tourists on our bike tours in Milan, who made a multi day cycling in different regions of Italy.

Two ladies from UK shared with us their bike experience from Milan in Venice in 3 days by bikes. 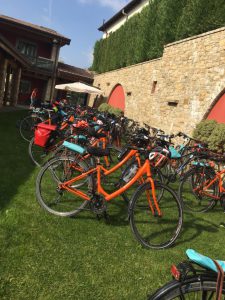 It was a charity bike ride. There were 73 ladies from UK participating to raise up money.

The participants met in Milan and had to start the bike tour early in the morning.

The day before it was raining a lot, but girls did a bike tour in Milan anyway. It was a good warm up before the 3 days cycling. They had to be ready to bike 100 km every day!

All the group met in the morning in the meeting point where the bikes were brought. The bike tour started without delays and the weather was on their side!

100 km by bikes in the first day and the group is in Brescia.

It was a wonderful trip through small cities and picturesque mountains on the horizon. Ladies had even energy and time to walk around in the city. 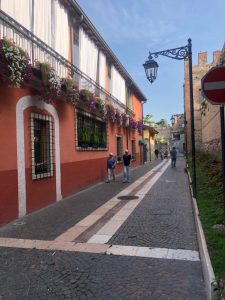 The second day the group was still very enthusiastic about the bike ride. After a good breakfast and preparing the luggage ladies left Brescia and continued pedalling up and down the hills of Brescia. What a view! It is a famous wine region Franciacorta. It was such a fun to bike those 70 km!

The group deserved a good dinner because next day there are a bit mot than 100 km to cover! 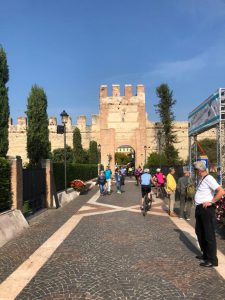 Third day and finish in Venice.

On the third day the cyclists were a bit tired, but it was the last part and there were ready to do it!

The weather is good, the surface in this part of Italy is flat, the group should bike all along the Po river. So, lets’s start!

115 km and here it is! The fresh sea breeze, the atmosphere of the seaside city. Hello, Venice! 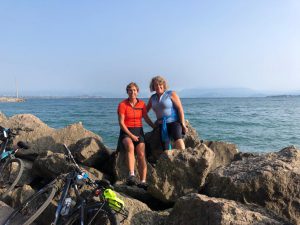 It was fun to bike all the way from Milan to Venice. We are the champions!

We will miss our bikes and we will be back for the next bike ride in Italy soon! 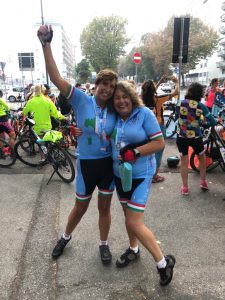 Italy becomes a real bike country. Many new bike paths in the cities and cycling routs connecting different cities. We had many tourists on our bike tours in Milan, who made a m ...