Our Top-5 ugliest buildings in Milan It is our personal rating and it may not coincide with the opinion of readers. During the strict quarantine for the coronavirus in Italy, w ...

Our Top-5 ugliest buildings in Milan

It is our personal rating and it may not coincide with the opinion of readers.

During the strict quarantine for the coronavirus in Italy, we miss our bike rides in Milan and we decided to cycle virtually.

So, today we will go to see the the ugliest building in Milan.

Next article will be about the prettiest buildings!

So, the ugliest 5 buildings in Milan

Number 5 we give to the place, that the world architects consider one of the best examples in the world from the technical point of view.

But we are not architects and we value its external view. 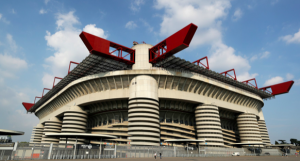 The San Siro Stadium fit 80.000 visitors and it can be filled and emptied in minutes. It is a smart construction that was built in phases and finished in 2004.

But we think, that in the 21st century the external aspect could be much prettier than just concrete blocks. 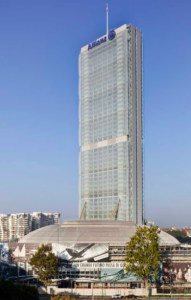 The Allianz Tower in the CityLife district was built in 2014 and became the tallest tower in Milan and in Italy.

It is very innovative from the technical point of view. But as we look at its external design, we award this simple straight skyscraper the 4th place. 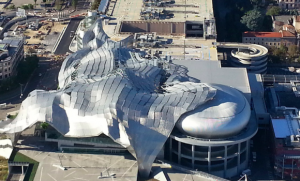 This strange shaped roof is called Cometa, but it looks like a strange turtle more or like a napkin above the building. We do not understand where the problem is. Is it the project itself or poor-quality materials or our wrong view of the things. Anyway, we think this Cometa building in Milan deserves the 3rd place. 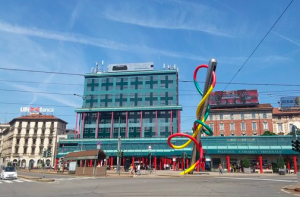 The Cadorna Milano station was built in 2000. You’ll find it in the historic city center. And how do you think this green square shaped building is inserted in the old style surroundings? The only thing that can save this square is the Needle and Thread monument in front of the station, as it distracts the attention.

And the winner is….. 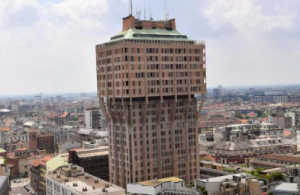 The Torre Velasca is one of the strangest buildings in Milan. The are people who adore it and call it the symbol of the city. But there are also people who hate it and think that it spoils the view.So, we are in the second team. They built the tower in the bombed area after 1943. So, it became the symbol of the new era. Despite of the crisis they showed that Milan can raise again. Nonetheless we think that the symbol could be much prettier.

So, we showed you our rating of the ugliest buildings in Milan. Check this article for the most beautiful architecture in Milano.

Despite quarantine, we look forward to see you in Milan on our bike tours very soon.

It is a hard period for all countries, but we sure it will pass and we will travel again!

Our Top-5 ugliest buildings in Milan It is our personal rating and it may not coincide with the opinion of readers. During the strict quarantine for the coronavirus in Italy, w ...